Bryan and Charlotte Chaney love Frederick and love each other!

Bryan and Charlotte Chaney have found themselves in the business of hospitality in 2018 when they purchased then vacant but well-loved Barbara Fritchie House and made it into one of Frederick’s favorite Airbnbs.

The Downtown 1850 Retreat came next. It was already being used as an Airbnb, but the owner moved on to raise a growing family. The Chaney’s spruced it up even more and found it to be another favorite short term rental in downtown Frederick.

Many guest rent both the Hauer House, which sleeps 11, the Barbara Fritchie House which sleeps 6, as they are next door to one another and the share a beautiful backyard along Carroll Creek. 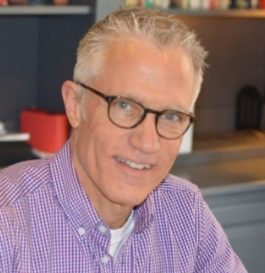 Bryan grew up in Reisterstown and York, Pennsylvania, He raised his 4 children in Spring Ridge.

Bryan grew up in Reisterstown and York, Pennsylvania, He raised his 4 children in Spring Ridge. He has lived in the Frederick area since 2002 when he sought out an ideal place to raise his children.

In addition to being one of Frederick’s Super Hosts, he has many other talents. Bryan spent many years in sales and even owned a bicycle shop. He is a man of many trades.

He is a real estate agent with Verdant reality in Frederick.

FIND OUT MORE ABOUT BRYAN 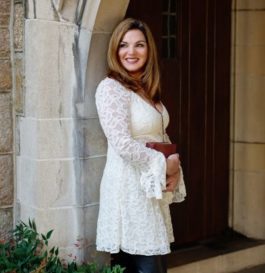 Charlotte grew up in Austin, Texas and raised her 4 sons in Annapolis before following her heart to Frederick in 2016.

Charlotte is a Stage 3 Rectal Cancer survivor and has written a book Soul Work for Cancer Living a life interrupted by cancer. Charlotte and Bryan met in 2015 at her book signing at the Frederick Christian bookstore. With their faith as their foundation, they began to blend their family of 10.

In addition to Soul Work for Cancer

Charlotte has developed a method of healing called SEEP that helped her recover from cancer and domestic abuse. She currently serves as an inspirational speaker, blogger, and life coach, from right here. You can see her many Monday nights at 8 PM on Facebook live as she tackles life’s challenges like boundaries thought out the holidays. She has a Soul Work Journal available from her website charlottessoul.com

FIND OUT MORE ABOUT CHARLOTTE